This editorial highlights a fascinating yet simple theory, that super-smart people (the numerati) have created extremely complex and little understood financial instruments that helped drive us to the brink of economic ruin. These instruments originally had applications of merit that were reasonable. However, the profit potential was too large and the opportunity for application in almost any area of investing was simply too great a temptation. Over the past decade, derivatives have become the instrument of choice for a variety of hedge funds, investment firms and even once staid and conservative insurance companies.

AIG is an excellent example of where these instruments can take a company. To date, AIG has required "just" $183 billion in taxpayer bailouts to date.   That's $183,000,000,000.00 or greater than the combined endowments of the top 15 universities in the US (ranked by endowment as of 2008.)   Wow, we could have endowed another 15 top universities in the US with just the losses created by AIG! 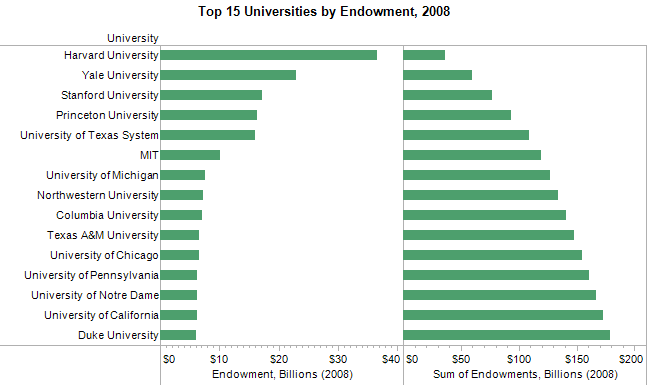 Here is the NY Times Editorial.

Warren Buffett calls these investments of "indeterminate" value.   He has previously called in valuation experts to value derivatives and similar instruments as part of his acquisitions.   The result was three wildly different valuations at one company, so he scuttled the deal.   From an earlier report by Buffett  in 2002, "In my view, derivatives are financial weapons of mass destruction, carrying dangers that, while now latent, are potentially lethal." and "even experienced investors and analysts encounter major problems in analyzing the financial condition of firms that are heavily involved with derivatives contracts."

My final opinion after thinking about this article is that the numerati did indeed enable this crisis through increasingly complex, untested and unproven (over long-time horizons) instruments.   Ultimately, it was greed that drove them to an exceptionally broad and dangerous set of applications.   Greed exists on Wall Street, Main Street and in DC.   Now, do we have enough Americans who want to curb the excesses and require accountability in regulation and via shareholders???   Time will tell, but until then these insturments will not go away and newer, more complex insturments will be developed.   In my opinion, until you, the average American demand accountability and reasonable levels of risk in your government and investments, we will yet again hit another such crisis in the next decade or two...