Using data from the first four seasons of the Shark Tank, Freakalytics has assembled a few fascinating insights for fans and potential entrepreneurs that may come before the Sharks in future seasons.

While Barbara Corcoran is the most frequent investor. Mark Cuban is the investor with the largest amount invested and Mr. Wonderful invests the most, on average.

Lori Greiner paid the highest amount relative to the valuation proposed by the entrepreneur. Note a significant number of the investments were made at 1 times investor valuation, but the vast majority of investments made were below entrepreneur asking valuation. 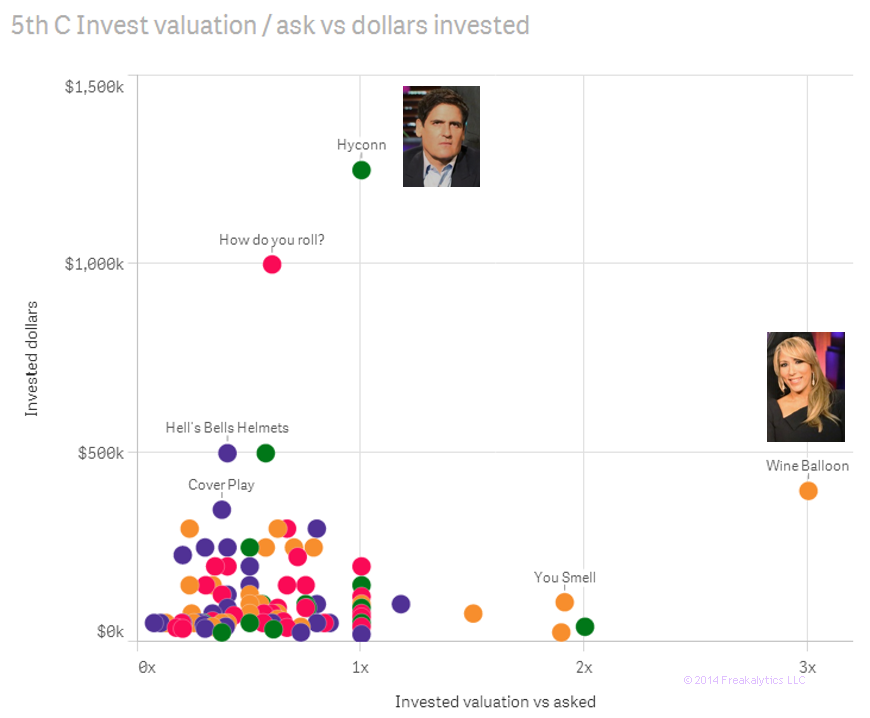 Just three of the Sharks appeared on all four seasons- Mr. Wonderful, Daymond John and Robert Herjavec. Of these three, Daymond invested the most total dollars.

Notice how showing the same information from the previous chart, a tree map, as a line chart offers different insights at first glance. Investor frequency of appearance and trends by season are now much clearer.

Bringing several charts together as an interactive, analytic dashboard. Notice refinements to the scatter plot- a reference line of average investment size and average valuation vs ask. 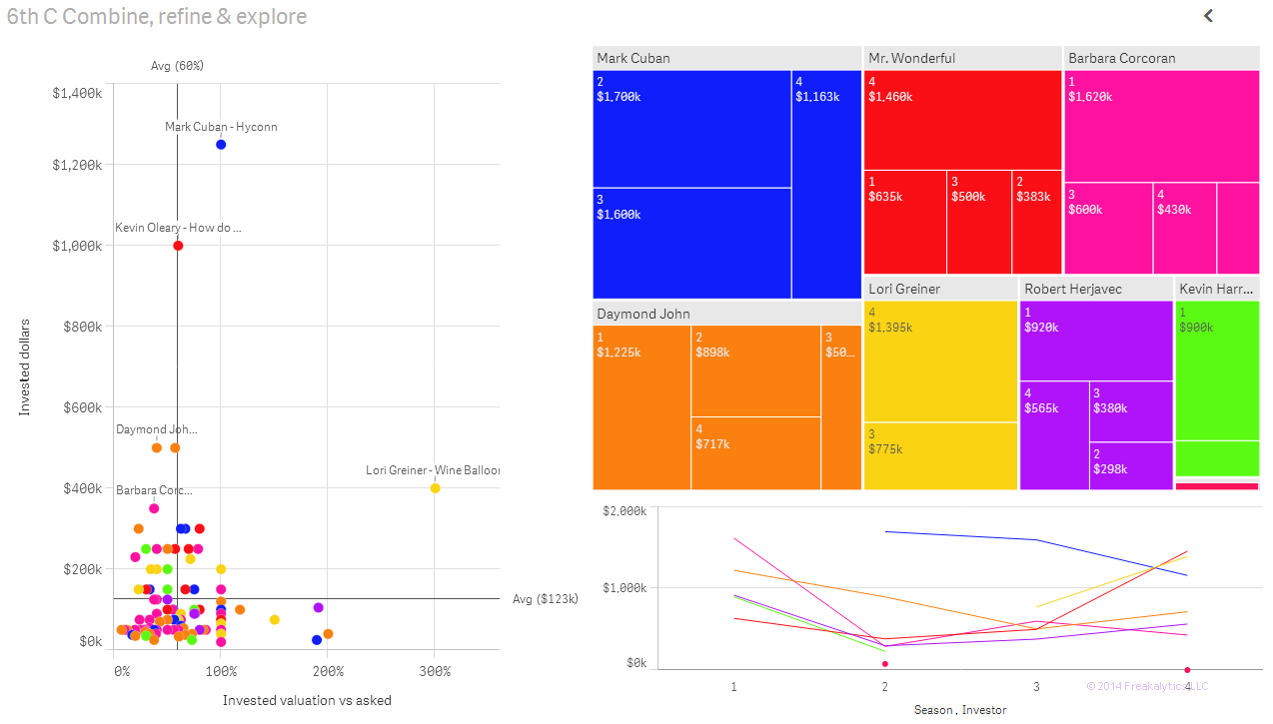 Barbara is among the most conservative investors on the show, paying just 49% of entrepreneur valuation and outlaying an average investment of just $92k. 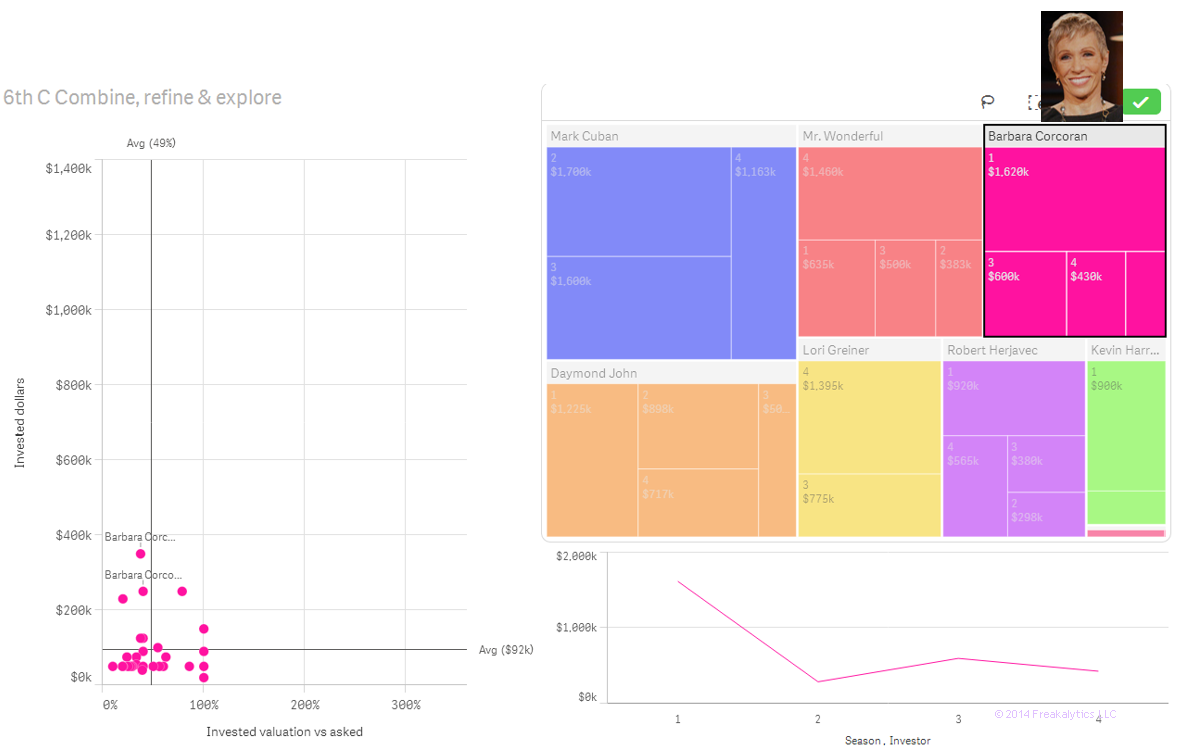 Lori is the most aggressive investor, with an average 87% valuation vs entrepreneur ask. She often invests in products ready for the market now and needing a rapid go to market plan. 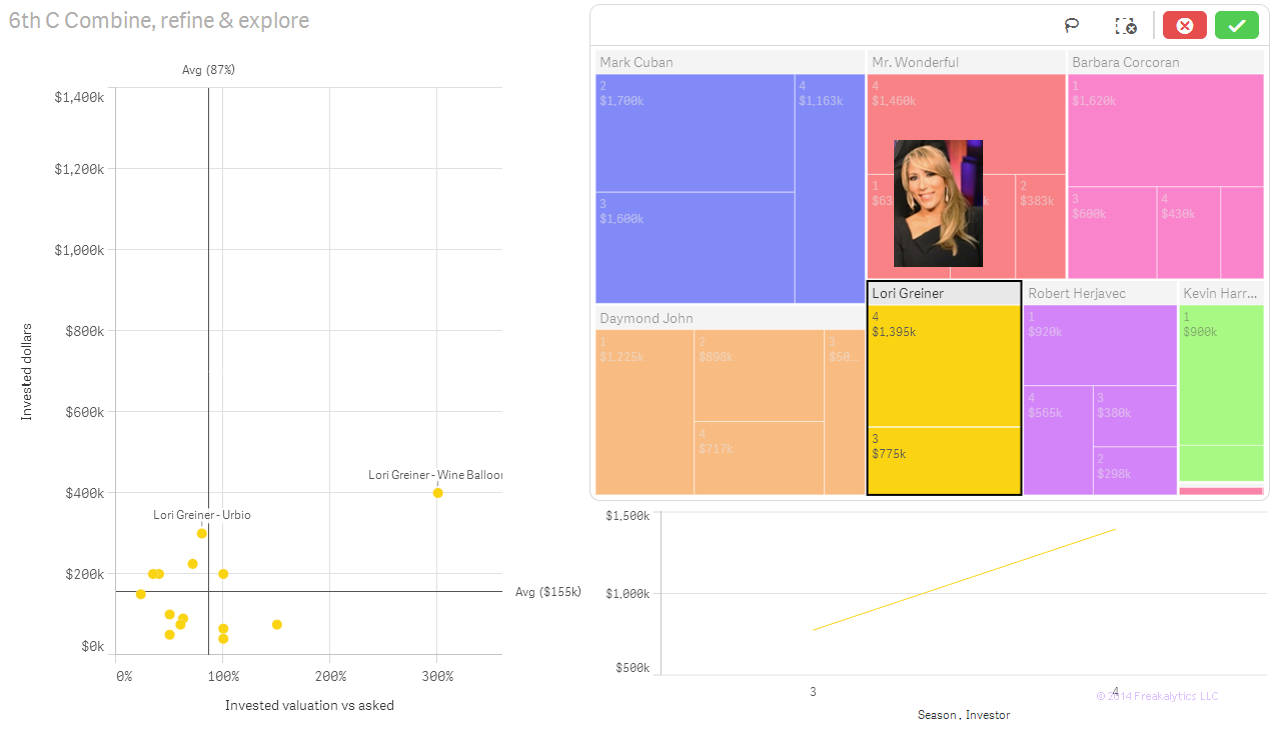 Mark Cuban, I will allow you to examine this last Shark selected in the analytic dashboard, for insights. 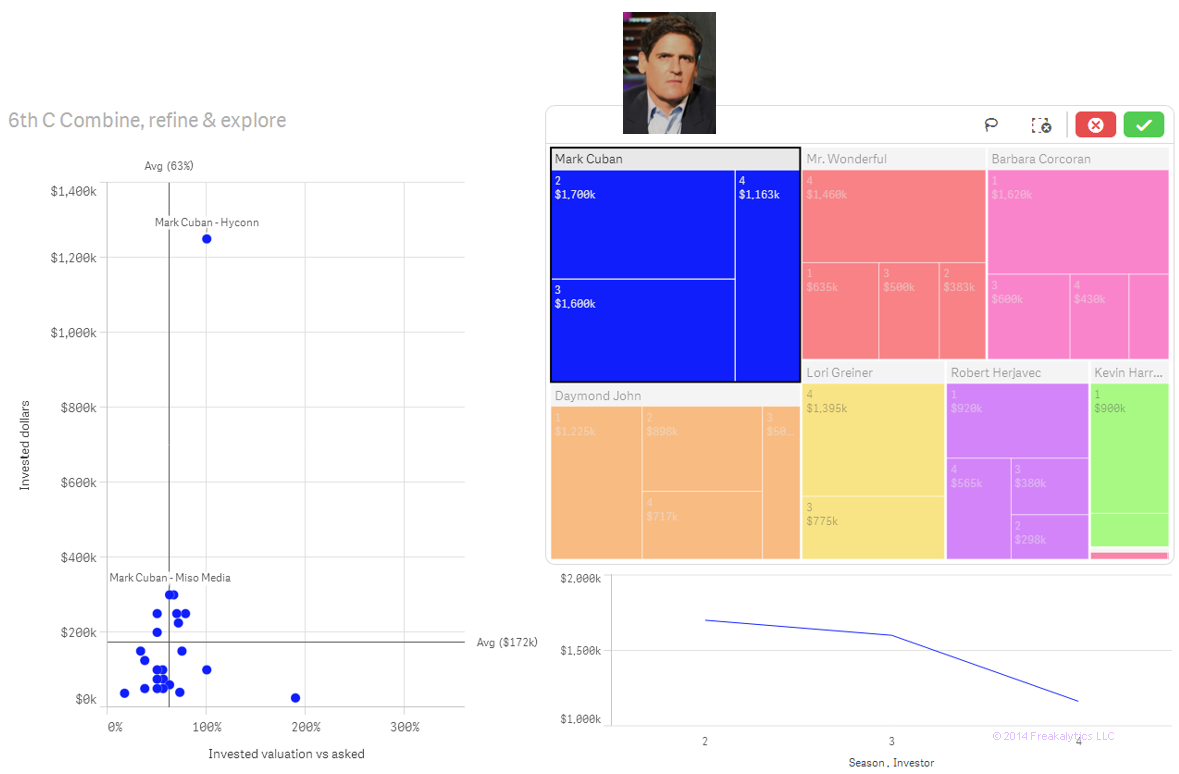 A few closing thoughts from my analysis

+ Lori willing to pay the most versus company ask, 87%
- Perhaps due to her quick payback horizon as a TV/marketing expert
- Paid highest ratio ever, 300%

+ Robert is most conservative, $90k/investment
- 65% of company asking valuation