Dieter’s impact reaches beyond his retirement as he is now impacting design in the 21st century, with a company widely considered a leader in technology design, Apple, acknowledging a debt to Dieter as inspiration for many of their design decisions. The Head of Design at Apple wrote, “Rams’s work is beyond improvement… Rams’s ability to bring form to a product so that it clearly, concisely and immediately communicates its meaning is remarkable.”

6. Is honest – It does not make a product appear more innovative, powerful or valuable than it really is. It does not attempt to manipulate the consumer with promises that cannot be kept. 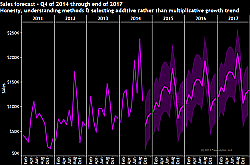